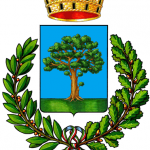 Bovolone, in the Province of Verona, a small town of about 16,000 people, is located half-way between the hills and the plane. The first traces of human presence date back to 2500 BC, in an area where several people (the Illyrians, the Veneti, the Etruscans, the Cenomani Gauls) passed and settled. In 222 BC it became a Roman dominion and it started developing culturally and economically. In 1405 Bovolone, like all the land around Verona, was annexed by the Venetian Republic. During this time there were considerable social changes and a great economic and cultural development. The landlords improved the agricultural techniques and a new architectural pattern took hold in the form of patrician villas used as country residence. Today Bovolone is well-known in Europe as the town of classic-style furniture and its production, from furniture to stained glasses, to wrought iron to doors and window frames, is world-famous.

Tobacco growing, together with furniture production, is the main activity of the areas. There are records from the Thirties of last century with the processing of pipe tobacco. After the Second World War, tobacco growing became the most important economic activity. Today Bovolone boasts one of the highest quality and quantity productions in Italy. In its territory there are various cooperatives for the drying, processing and sale of the leaves. 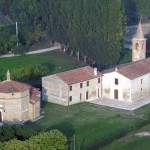