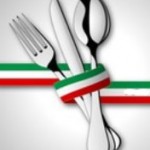 The area around Città di Castello is dominated by hills and mountains, and the main crops are cereals (wheat, maize, barley and rye), legumes, grapes and olives: there is no lack of woods and pastures. Umbria is a green and serene land, where history (enough to think of the saints who lived here such as Saint Francis of Assisi, Saint Clare, Saint Rita of Cascia, Saint Benedict of Nursia or of famous people such as the medieval monk Jacopone da Todi, only to name just the most famous ones) and art are abundantly present everywhere; so much so that one might think that local people only think of spiritual needs and not of earthly needs. But it is enough to sit at the table after visiting churches, castles, medieval palaces and villages where the past is still alive to understand how here in Umbria the cuisine has remarkable characteristics. Without ever having been truly Etruscan, Città di Castello still retains a strong culinary influence of that civilization.

Traditional recipes are characterized by the presence of legumes and cereals, especially wheat and spelt which are present in very old dishes which have survived thanks to deeply rooted traditions of the local people. Such deeply rooted traditions are probably due to the fact that the old sharecropping system of working the land created very small rural holdings, which were socially and culturally isolated as a result of the location of the estates and the lack of infrastructure. There were very few innovative contacts, and therefore the oldest traditions, even in cooking, remained unchanged.

The Umbrian cuisine is essential, uncomplicated, genuine and simple, very balanced and full of style. Take the olive oil, produced in the High Tiber Valley: it is green, precious in colour, light but tasty, and it takes a primary place in the food. With its subtle flavour it shines on bruschetta and croutons (crostini), grilled meats and succulent vegetables, 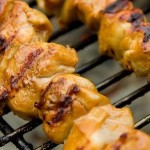 A main ingredient of Umbrian cooking is meat, especially pork which is particularly tasty because here pigs often eat acorns and truffles when they pasture freely in the mountains: therefore their meat acquires an inimitable leanness and taste. The Umbrian pig, black and very stout, has always been a remarkable contributor to the local cuisine. The small town of Nursia has provided for centuries the best slaughterers, to the point that the Italian word “norcino“ (meaning a person from Nursia) is even nowadays used to designate a pork butcher and generally a pork cured meat shop. Among the smaller animals, a place of honour must be reserved to the roasted goose and to the larded duck which are two delicacies which cannot be missed.

The soul of the traditional cooking of Umbria is fire: large fireplaces host huge skewers loaded with different cuts of beef, lamb, boar and venison, but also hold a place for potatoes which cook under the ash and absorb in such a way the scent of well-chosen wood and become very tasty. There are also soups made with wild asparagus, with onions, with sweet radishes (raponzoli), with peas and with cardoons, the so-called gobbi which are the basis of the “Parmigiana di gobbi”. A soup of broadbeans, tomatoes and basil leaves, called “buggiana” is also very interesting. 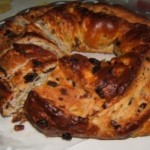 Sweets, some of which follow very old recipes, take an important place in the cuisine of Città di Castello and the neighbouring villages: “maccheroni con le noci” (macaroons with walnuts), “migliaccio dolce” (a cake made of pig’s blood and lard), “torta al formaggio” (cheese cake), “zuccherini” (ring-shaped cookies), “castagnole al miele” (honey doughnuts), “torcolo” (a brioche made as a loaf with pleats filled with candied citrus peel, pine kernels, raisins and aniseed). Truffle aficionados cannot miss the white truffle of Città di Castello which appears at the local markets already at the end of October. Always in autumn it is possible to taste the remarkable local variety of chestnuts. The barrel-aged sheep’s milk cheese (pecorino stagionato in botte) is a must, but it is not easy to find: different types of herbs are added during the coagulation to impart a specific taste but also to reduce the growth of the milk bacteria so that the flavour can pass unchanged to the cheese during ripening.