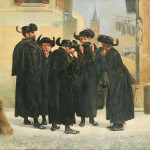 At the beginning tobacco was sniffed as a fine dust once it was dried. The pipe was introduced in Italy during the last decade of the XVI century by a Roman aristocrat who had seen it used in England. This device also brought a new way of consumption: smoking. At the end of the XVIII  century also the use of cigars took hold, this time coming from France. Shortly after the creation of the Italian Monopoly a new product was introduced: the cigarette. The small tubes of tobacco were first imported and then also produced in Italy starting from 1879. When in 1880 the first machines for industrial production of cigarettes were introduced, the availability of the product grew considerably and this caused the increase of consumption and the reduction of price. 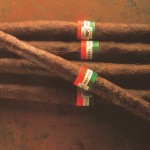 A very typical Italian product, the Tuscan cigar, is greatly appreciated in the country and abroad. Its origin is a matter of hazard, as the result of an accident. During a Summer night in 1815 it rained so much that rainwater totally drenched the Kentucky tobacco that had been left in some open barrels in the factory of the Grand Duke of Tuscany. The tobacco started to ferment. In order not to throw away the leaves which were very expensive, the tobacco was let dry and it was used for the production of low-priced cigars. But their taste was very much enjoyed and this production became a classic since 1818, with a great following also among historic figures such as King Victor Emmanuel II, the first king of Italy, and Giuseppe Garibaldi, the hero of Italian reunification.