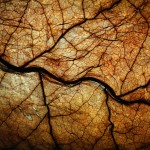 Also as a plant tobacco now is the subject of great discussion because the smoking products involve health risks and are among the first places in the list of avoidable causes of death drawn by the World Health Organization.

The international and national legislation on tobacco control is reaching considerable proportions. The debate is deepening whether it is possible to reduce the prevalence of smoking by reducing the availability of leaves, without reckoning with the market laws of demand and offer, and with the importance that tobacco had and still has in the economy of several countries not only as a source of income but also as a stabilizing source of employment.

Therefore in several countries the organizations which are active to reduce or eliminate tobacco consumption present the agricultural production of tobacco as the source of many if not all the environmental and social problems of the world. These organizations forget that the tobacco production has been an integral part of the agricultural patrimony of several counties, including Italy, Spain, France, Greece, Hungary, Poland, Germany, Bulgaria and Romania, just to quote the main European ones. For such a reason it has been one of the engines of the economy and of the development of these countries.