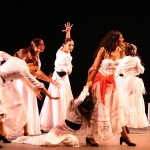 Tobacco in the opera

Tobacco captured the heart of many musicians who made it the subject of their works: the music extolls its use or strongly describes it, such as the 17th century ballet “Tobacco”, performed at the Royal Theatre of Turin in 1650, or the world-famous opera “Carmen”, the story of a charming cigar worker. The folklore of tobacco producing areas is rich with songs of tobacco workers who set up the pace of their work with the music. 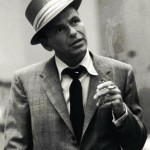 Not even singers look down on tobacco: in many cases the voice of a singer is made unforgettable by the special tone that smoking gives to the vocal cords. Famous examples are the opera singers Enrico Caruso, Lisa della Casa, Luciano Pavarotti, but also light singers such as Frank Sinatra, the Beatles, Whitney Hudson, Jacques Brel, Giorgio Gaber, Adriano Celentano, Lucio Dalla, Roberto Vecchioni. Smoking did not affect the breathing power of the unforgettable Duke Ellington.