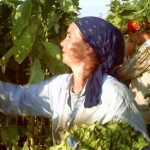 One of the most important elements of tobacco production is that it absorbs a huge amount of labour in the field production and also in the first processing of the leaves which normally takes place very close to the rural areas to facilitate transport from the farm. Tobacco represents therefore a very strong source of employment especially in areas where there are not many other possibilities of employment.

With regard to the crop itself, the complex agricultural operations, from the preparation of seedbeds to transplant, to topping and reaping to curing and first grading of leaves, request much more labour than traditional field crops. With regard to first processing of leaves, the operations require a very careful removal of all foreign matters and and an accurate separation of leaves according to colour and quality, and the removal of the mid-rib before proceeding to the packing for longer storage.  These operations are traditionally performed by women for a number of reasons: women tend to pay more attention to colour nuances which represent the main criteria of qualitative classification within a variety, and are considered quicker in sorting the leaves and removing foreign matter. 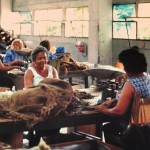 The high percentage of female labour had a strong impact on social changes in Southern Europe. Women working in factories contributed to the organization of the working class. They were ready to fight for their rights as women, mothers and workers. They had to balance a job which was not stable and lasted only eight to nine months per year but was very important as it allowed them a guaranteed salary in the months during which there were no field duties to perform.

The very strong feminine presence in the factory world led to the creation of the first nurseries for children. To mention just a few Italian cases: at Tricase in Puglia the Azienda Cooperativa Agricola & Industriale di Tricase, created at the beginning of last century, run a nursery for the workers’ children and in 1938 started also a day-hospital for the prevention and treatment of diseases under the direction of the factory doctor where medicines were free of charge. In Umbria the Fattoria Autonoma Tabacchi of Trestina operated a nursery and paid holidays at the seaside and at the mountains for the workers and their families. In Turin there were about 1,700 female workers at the beginning of last century: the Savoy kings who had built the Manifattura Tabacchi in 1789 had created the precursor of a nursery, and later added also a primary school. In Modena the factory of the Monopoly also run a nursery for babies and children.

There are reports of child labour in tobacco field in developing countries. The work of children still is very frequent in low-income countries. The International Labour Office (ILO), the United Nations agency for labour matters, believes that there are about 215 million of child labourers in the world, and that more than half of these are working in agriculture. There are unfortunately occurrences of child labour also in tobacco in some of the lowest income countries, due to the high request of labour and because of the spread of tobacco-growing in countries where the high prevalence of AIDS and of endemic diseases such as malaria cause 10 to 20% of the child population to be orphan: this forces them to look for ways of sustaining themselves.

The tobacco sector is well aware of this problem and has been one of the first agro-processing sectors to create a specific foundation to eliminate child labour. The Elimination of Child Labour in Tobacco-growing Foundation (ECLT), well-known to the experts in the fight against child labour and acknowledged for its efforts, has been based in Geneva since 2001. It represents a special coalition of farmers, trade unions and all the main tobacco companies, and it avails itself of the experience and the advice of the ILO. The Foundation website explains in details the various projects carried out in seven countries over the years.