The current Italian production is around 50,000 tons of leaf, with a crop extension of around 16,000 hectares. The tobacco which is grown in Italy mainly belongs to the following groups: 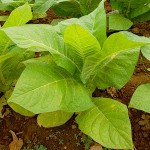 the Virginia type, which is cured in barns with a furnace and which is typical of the Veneto and Umbria regions. This tobacco is used either in American-style cigarettes, which are popular in continental Europe and in the United States, or in cigarettes so-called Virginia which are especially popular in the UK and the Commonwealth, China and Japan.

type, which is a light tobacco cured by air and typical of the area around Caserta. This tobacco is used only in the production of blends for American-style cigarettes. 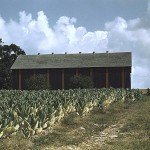 the Paraguay and Havanna types, which are dark tobacco cured by air and typical of the area of Veneto and Campania regions. This tobacco is mainly used in the production of cigars. 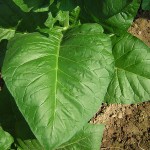 the Kentucky type, which is a dark tobacco cured by fire and typical of the Upper Tiber valley. This tobacco is mainly used for the production of cigars and of cut rag.