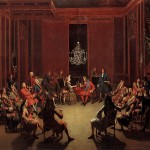 Tobacco growing in Italy took hold in the second half of the XVI century, thanks to the action of two church dignitaries: Cardinal Prospero Pubblicola di Santa Croce, Apostolic Delegate to Portugal, who brought the seeds to Pope Pius IV who asked them to be grown by the Cistercensis monks near Rome. The Bishop Nicolò Tornabuoni, Pope Gregory XIII’s Delegate and Ambassador of Tuscany at the French Court, brought the seeds to his uncle, the Bishop of Sansepolcro. From there the plant found its way to Marche following the monks of the Cistercenis abbey of Chiaravalle, and to the Brenta Valley through the Benedictine monks.

At the same time the crop found development in the Republic of Cospaia, a small state of hardly more than 300 hectares in the present town of San Giustino. The republic was born as a result of a topographic error made by the mappers of Pope Eugene IV who in 1440 gave the land of Sansepolcro as pawn to the Grand Duchy of Tuscany. The inhabitants of the tiny state started to sell tobacco to the neighboring states and tobacco became the most import revenue of the republic.

The increase of the crop and of its use pushed the various countries to exploit tobacco from the fiscal point of view and to run tenders for its processing. It was only in the XVIII century that nearly all different tax systems were transformed into monopolies, which established the areas for cultivation, the varieties to use, the prices of the products and which forced farmers to sell leaves to empowered governmental officers. 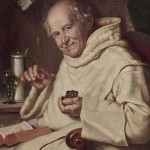 In Southern Italy tobacco took hold only in the XVIII century in the area of Benevento always thanks to the activity of local religious orders, and pushed further South to Puglia following the construction of a great factory of luxury snuff in Lecce.

In the XIX century tobacco growing expanded to several other regions. In 1826 the Republic of Cospaia was abolished and annexed to the Pontifical State following an agreement between the pope and the Grand Duchy of Tuscany, but it maintained the privilege to grow tobacco. In this way the crop extended into the High Tiber Valley.

When Italy was united in 1861 the revenues from tobacco were so high that the new government created the Tobacco Monopoly which controlled the growing, production and marketing of tobacco in order to ensure fat revenues to the state coffers which were directly managed by the state. Always in those years the Monopoly, in addition to smoke and snuff products, started to produce the first nicotine-based crop protection agents for insect control and a nicotine-based soap.

At the beginning of the XX century countless cooperatives and private enterprises for the first processing of tobacco were active all over the country and there were also 17 Monopoly factories for finished products.

Along the centuries the plant was the subject of endless pieces of legislation linked to its commercial exploitation. It was also at the center of several controversies for its use, to the point that Pope Urban VIII and Pope Innocent X decided to excommunicate who would use tobacco in the churches. The countless bans in the various states of the Italian peninsula never achieved to stop the use of tobacco, and its production was nearly always subject to special rules by the governments or under a monopoly regime. 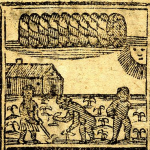 Tobacco was well known in the American continent long before the arrival of the first European explorers. Several pipes were found in the archeological digs in South America and in the USA (Hopewell, Ohio). The American natives did not smoke only for pleasure but also for medical purposes. The North American tribes used to carry pouches containing large quantities of tobacco and used it for barter or they used pipes to smoke it during holy ceremonies or to strike deals or mark special occasions.

The first Europeans who saw tobacco were two members of Christopher Columbus’ first expedition to the New World. Columbus landed in Cuba on 28 October 1942, and believing that he had arrived in China, he sent Luis de Torres and Rodrigo de Xerez to look for the Great Khan. The two men returned without obviously finding the Khan, but they related that they had seen some men smoking dried leaves with tools that were called pipes.

The Spaniards introduced tobacco in Europe in 1518, but it was thanks to Gonzalo Hernandez de Ovieto y Valdès, governor of Santo Domingo, that in 1559 the first tobacco seeds were introduced in Europa.

In 1560 Jean Nicot de Villemain, ambassador of France to Portugal, brought tobacco seeds to the French court and he described the plant as a “miracoulous remedy”: his name has reached never-ending fame with the active principle of tobacco: the nicotine.

From the European courts tobacco quickly spread across the continent. The first publications on tobacco appeared in the XVI century and they described mainly its medical properties. The French Ambassador to Lisbon, Jean Nicot, sent some tobacco seeds to the French queen Catherine de Medici so that she could treat her migraines. 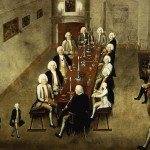 If on one hand tobacco had thousands of enthousiasts in Europe, there was no lack of detractors. In 1604 the English King
James I Stuart wrote a libel against tobacco describing it as a disgusting an harmful habit. In the same year England levied a very high protective tax on every pound of imported tobacco.

Tobacco also reached the Ottoman Empire around the end of the XVI century where it was used at first mainly as a medicament, but later it rapidly spread among the population for the sense of pleasure that it gave.

From Europe tobacco went back to the American continent with the first colons, who started to grow it at the beginning of the XVII century in what is now Virginia and to select the types of tobacco which are consumed now. Tobacco became so popular that it was used for centuries as currency. Tobacco growing eventually dominated life in the Chesapeake region. The growing demand for tobacco in Europe largely contributed to the multiplication of sea shipments between the two continents. The taxes on tobacco in the American continent also allowed a quick development of prosperity. The excise on tobacco represented one third of the American government’s income long after the end of the Civil War. 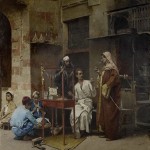 Tobacco found its way to the Far East first as a present that merchants and ambassadors would bring to the courts, but then it became extremely popular as a very refined pleasure in the form of snuff and smoke. In Europe tobacco was first consumed as very fine dust for snuffing or as cut rag in pipes. At the end of the XVII century the first cigars made their appearance, while cigarettes appeared only at the end of the XIX century. In the Anglo-Saxon world the cigarette took hold mainly after the Crimean War, when soldiers took the habit of wrapping tobacco in a small piece of paper and smoke it like this. The cigarette became popular only when the first machine for industrial production was built in 1881 in the United States. This machine sped up production by 13 times compared to manual output.